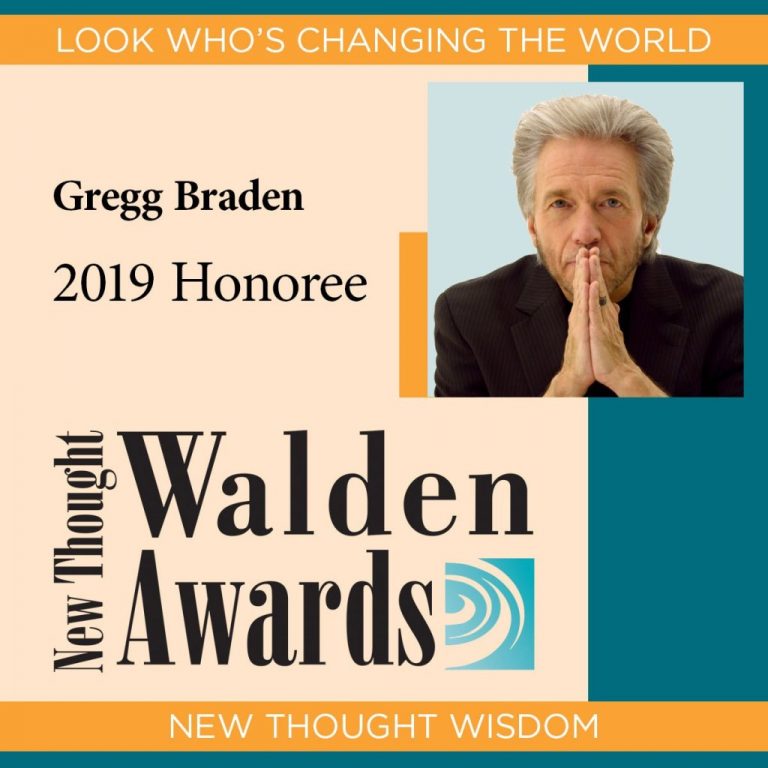 Gregg Braden has been named a New Thought Walden Award honoree for 2019. The Walden Awards honor those who use empowering spiritual ideas and philosophies to change lives and make our planet a better place. The annual awards, now in their second year, are sponsored by a partnership of six of the country’s largest New Thought organizations.

Gregg was selected for the New Thought Wisdom category.

“The honorees include both well-known individuals and relatively unsung heroes alike, each of whom has made a valuable contribution to furthering the ideas at the core of New Thought,” says Unity Magazine® Editor Katy Koontz, a member of the awards selection committee. “Our goal with the Waldens is not only to honor these fine people and spotlight their notable accomplishments but also to inspire others to follow in their footsteps.”

About the New Thought Walden Awards

Nearly 150 nominations were received from the public and each was considered carefully by a selection committee comprised of representatives from each of six partner organizations. The committee chose 20 honorees in six categories: New Thought Wisdom, Interfaith and Intercultural Understanding, Social and Environmental Activism, Creative Arts and Entertainment, Next Generation (under 40), and Mind/Body Connection and Healing. In addition, two honorees were given Lifetime Achievement awards: Matthew Fox and Edwene Gaines.