Beyond Knowledge And Wisdom

Beyond Knowledge And Wisdom 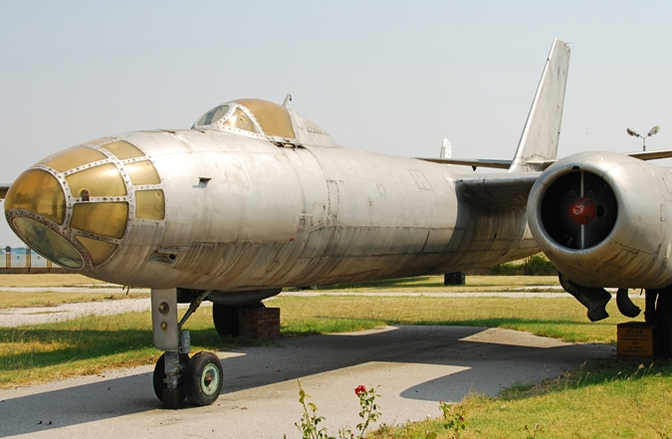 By any measure, the 20th century was a wild ride for the people of Earth. Between 1900 and 2000, we went from a world of about 1.6 billion to over 6 billion people, survived two world wars, squeaked through 44 years of the Cold War and 70,000 ready-to-go-at-the-touch-of-a-button nuclear missiles, unlocked the DNA code of life, walked on the moon, and ultimately made the computers that took the first humans into space look like children’s toys. It was 100 years of the most accelerated population growth, and the greatest threat of our extinction, in 5,000 years of recorded history.

Many historians look upon the 20th century as the age of knowledge, and it’s easy to see why. Along with the scientific discoveries about nature and life, we also made great discoveries about our past. Written records addressing concepts at the foundation of three major world religions were discovered midway through the century. New interpretations were made of even older artifacts from places like Egypt, Sumer, and Mexico’s Yucatán Peninsula. Clearly the last century was one of recovering the knowledge of our past. And while we will undoubtedly continue to make new discoveries that shed additional light on our history, it’s also clear that in this new century, we find ourselves once again living in a very different world than our parents and grandparents did.

The 21st century will be seen as the century of wisdom, as a time when we are forced to apply what we’ve learned in order to survive the world we’ve created. To do so, we will have to approach our problems very differently than we have in the past. We will be challenged to draw upon all that we know and use it in new, creative, and innovative ways. But to do so will require another kind of information that is seldom talked about in the science books of theories, proofs, and facts.

We will have to temper the facts of scientific knowledge—the data of the data sheets and the results of computer-generated models, graphs, and predictions—with the very ability that sets us apart from other forms of life. We will have to use what generations past simply called “common sense.” The term common sense, however, may not be as ordinary as we make it sound. Rather, it’s the kind of thinking that comes from a systematic and organized process, one where we consider knowledge from many sources of information, mix it all together, and weigh it carefully before making our choices. And when we seem to be on the fence about the final decision, it’s then that we add the intangible factor of common sense, often based on what we call “gut feeling” or “instinct.”

It’s a good thing that we do, because there are times in the recent past when it’s precisely that undefined quality of human decision making that may have saved the world from disaster! An event during the height of the Cold War is a beautiful example of the power of common sense. On September 26, 1983, Stanislav Petrov, a high-ranking Soviet military man, was in command of an early-warning system designed to detect any signs of an American attack.

Tensions were already at an all-time high following the Soviet interception and shooting down of a civilian jumbo jet and the loss of all 269 people on board, including U.S. Congressman Lawrence McDonald, earlier that month. At 30 minutes after midnight, the moment Petrov and his command team hoped would never happen did, in fact, occur. Warning lights flashed, sirens sounded, and the computer screens in their room at the top of the Soviet Ballistic Missile Early Warning System (BMEWS) showed five nuclear missiles coming from the U.S. headed directly for the Soviet Union. In a matter of moments, Petrov had to make the choice he dreaded—to return the fire, or not—knowing that, in that moment, the potential beginning of World War III and the fate of humanity was in his hands.

He and the men under his command were military professionals. They had trained for precisely such a moment. His instructions were clear. In the event of attack, he was to push the start button at his console to launch a counterattack against the U.S. Once he did so, he knew that he would set into motion a fail-proof system designed for all-out war. Once the button was pushed, the sequence could not be stopped. It was designed so that it operated from that point forward without the help of humans. “The main computer wouldn’t ask me [what to do],” Petrov later explained. “It was specially constructed in such a way that [once the button was pushed] no one could affect the system’s operations.”1

To Petrov, his operators, and the equipment, the emergency looked real. All of the data checked out. The system seemed to be working, and as far as the radar detectors were concerned, Russia was under the nuclear attack that would begin a third world war. But Petrov had second thoughts. Something didn’t seem right to him. With only five missiles detected, it wasn’t an “all out” attack from the U.S., and that was the part that didn’t make
sense. It just didn’t seem like any scenario considered by military intelligence.

Petrov had to act immediately, but before he did, he had to be clear about what was happening. Did he actually feel that the Soviet Union was under a nuclear attack from the U.S., or was it something else? In less than one minute he made his decision. Petrov reported the alarm to his superiors and the other command posts, but he declared it as a “false” reading. And then he waited. If he was wrong, the incoming missiles would strike their Russian targets within 15 minutes. After what must have been a very long quarter of an hour, he—and no doubt countless others in command posts throughout the former Soviet Union—breathed a sigh of relief. Nothing had happened: the complex network of satellites and computers had issued a false warning. A later investigation confirmed that the readings were due to a “glitch” in the radar.

The reason why I’m sharing the story is because of what it illustrates. Even when all of the sophisticated technology told Petrov that Russia was under attack; even though it was the height of the Cold War tensions of 1983; and even with all of his conditioning as a military man trained to follow orders, protocols, and procedures, Stanislav Petrov tempered all he knew with the intangible experience of common sense and a gut feeling—an experience that can’t be taught in a classroom or taken in pill form. In this case, one man’s common sense is the reason World War III did not begin in September 1983.

Twenty-one years later, in 2004, Petrov was recognized as the “man who saved the world” and honored for his courage to trust his instincts by the Association of World Citizens.2 While hopefully none of us will ever be asked to make the kind of choice that Petrov did in 1983, I have no doubt that common sense will play a key role in assessing the knowledge that science puts at our fingertips. It will be our skillful use of that knowledge, tempered with a generous portion of common sense, that will help us bridge the gap between science and its application. . . the age of knowledge and the age of wisdom. And it doesn’t have to happen in a big global way.