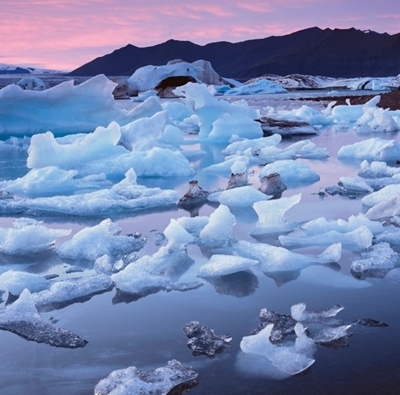 In 2010, the hopes of the world were high as we witnessed an unprecedented gathering of world leaders in Denmark to determine how to respond to Earth’s changing climate: the Copenhagen Climate Summit. The purpose of the series of meetings was to discuss, and hopefully agree upon, some kind of action, akin to a treaty, that would address the change threatening the world’s way of life.

As the conference began, there were powerful signs of promise and cooperation among the leaders themselves (rather than their representatives); presidents, prime ministers, kings, queens, and dictators alike had gathered to address a problem that transcends our differences of politics and policy.

By the end of the conference, however, hope faded into disappointment, then turned to despair over the outcome. Despite the best minds of the day preparing the research that brought the leaders together, and the best diplomatic channels supposedly being cleared to pave the way for agreements, the leaders of the world were ultimately unable to find a way to work together toward solutions.

In Copenhagen, the world’s leaders had a rare moment to show their respective countries, and also demonstrate to one another, that there is a bond among people of all nations greater than the differences of borders, governments, cultures, and beliefs that have separated us in the past.

They could have agreed, for example, that although we don’t know precisely why the climate is changing, the simple fact is that it is — and this change is threatening civilization as we know it. Coastlines are disappearing; great cities of the world are being destroyed by extreme weather; entire peoples and ways of life are vanishing; and the ability to grow food in the Northern Hemisphere, where the bulk of the world’s population lives, is diminishing quickly.

They could have simply agreed that although we don’t know precisely why these things are happening, as a community of nations we can pledge to use our resources, our money, our militaries, our technology, and our labor to ease the transition. Our leaders could have agreed to something along these lines . . . but they didn’t.

One of the comments heard again and again by those in attendance was that the wealthier countries simply hadn’t done their homework. They didn’t understand the mind-set of the poorer countries that had experienced thousands of deaths and billions of dollars in economic losses due to climate change in one year alone: 2008.

That year, Cyclone Nargis in Myanmar, for example, took at least 100,000 lives. Many people became homeless in a matter of hours, as the storm washed away entire villages.

Then approximately 200,000 people were affected by heavy rains and severe flooding, as four storms (Fay, Gustav, Hanna, and Ike) devastated much of Haiti’s infrastructure and made the country even more vulnerable to the disastrous earthquake that occurred less than two years later.

Typhoon Hagupit killed about 70,000 people in China and left at least 18,000 missing soon after a 7.9- magnitude earthquake struck that same year.

In the words of British economist Nicolas Stern, chair of the Grantham Research Institute on Climate Change and the Environment, the outcome of the Copenhagen Climate Summit was disappointing due, at least in part, to the attitude of the wealthier nations. And while there was “less arrogance than in previous years . . .” he said, “it could have been much better handled by the rich countries.”20

Instead of acknowledging the problem and admitting that the jury is out as to what has caused climate change (although the data for warming and cooling cycles looks extremely convincing to me), participants at the summit attempted first to find fault with specific countries and industries; second, to assign blame and degrees of guilt to specific nations; and last, to attach a financial penalty for the assumed guilt. Clearly, there was more than one agenda playing out in Copenhagen.

My personal feeling is that this is the essence of the missed opportunity of so many leaders — with so much support from the people they represent, with so much in common, and with so much at stake … going home empty-handed. It also explains why there was so little to show for the conference in terms of a meaningful framework to address the multiple crises that everyone agrees exist. And while it is sad, it should probably come as no surprise.

The Copenhagen Climate Summit offers a perfect illustration of a way of thinking that’s based upon the false assumptions of science. The failure to reach a meaningful framework of action is a direct result of a way of life built upon scientific assumptions valuing competition and separation above cooperation and unity.

If the leaders of our world, and their representatives, had really understood and lived from the deep scientific truths — that the universe, the planet, and our bodies are made of a shared field of energy, a matrix that makes the unity of entanglement possible; that human emotion directly influences what happens in the matrix; and also that nature relies on cooperation, not competition, for survival — they would certainly have made different choices.

Then it is very likely that the Copenhagen Climate Summit of 2010 would have had a better outcome. If participants had acknowledged the evidence of Fact 1 (civilization is at least twice as old as the 5,000 years or so accepted in conventional timelines), they would have known that the changes in climate that prompted the conference are cyclical. They’ve occurred in the past and are precisely the kinds of changes that we should expect to show up for our period in a cyclical history.

Deep truths give us the sound scientific reasons to think differently than we did when we made the choices that led us to the crises we’re now facing. For the Copenhagen Climate Summit, thinking differently would entail a shift away from seeing the world as a single pie with finite slices, where some must lose their portions in order for others to benefit … to realizing that we can make many pies, and even new ones of different flavors, to meet the needs of our entire global family.