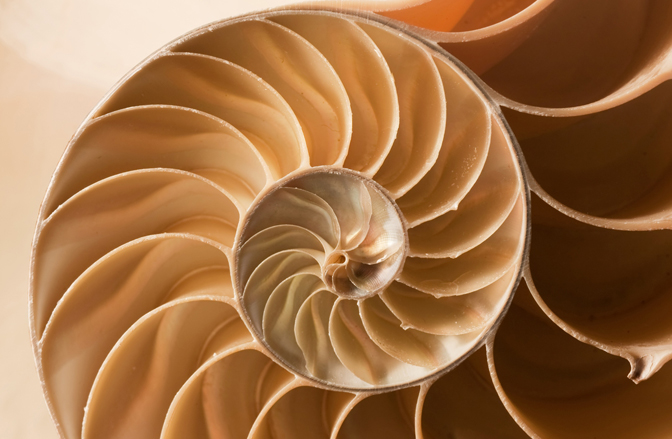 In the late 1990s, I had the opportunity to put all of the organizational and planning skills I’d developed in the corporate world to good use for my own family. It was time to move my mother from her home in one city to a different home in a different city. I quickly found, as anyone who has ever embarked upon such a mission has already discovered, that the move itself was the easy part. It was the preparation that had to happen before that became the project of a lifetime.

Mom had made the decision that this move was a special one and she was going to do it differently than any she had ever done in the past. Celebrating good health, new beginnings, and new surroundings, in an effort to streamline her life she had chosen this move as the one to downsize. This meant that everything she had accumulated for decades would be examined and evaluated, and the things that she no longer needed would find a new home.

So before we could even begin to pack, we had to choose what would make the journey.  As we sifted through the boxes and bags that held the accumulated history of our entire family, we found ourselves engrossed in the memories and the meaning that the contents brought to mind. Every few minutes I would hear Mom’s excited voice coming from somewhere behind a stack of boxes taller than she was, asking me to look at the treasures she had rediscovered. “Oh, look at this,” she would say, holding up something that my brother or I had made for her more than 30 years before.

There was the Valentine’s Day card that still had two Tootsie Roll chocolates (now nearly fossilized) taped inside. My brother had made the card and given it to her when he was in the second grade. There were the black-and-white metal-plated photographs of our stern-faced ancestors taken in the late 19th century. Apparently, having a personal photo taken a century ago was serious business. Not one of them was smiling! Then there was my art-work. Mom had all of it, showing the evolution from the simple drawings of nature I’d made in kindergarten to the Asian water-colors of martial artists I’d painted in high school. It was those early drawings that bring this story to mind in this chapter.  As I unfolded the brittle construction paper and darkened crayon images, I was amazed by what I was seeing. As I child, I had done my best to reproduce the beauty of northern Missouri’s trees and the changing of the seasons.

Fractals – A Difference Kind of Geometry

The thing was that the drawings on the paper looked nothing like the trees that made up the forested bluffs overlooking the Missouri River. My trees resembled triangles on skinny poles! The puffy clouds that dotted the sky were empty circles hanging above the horizon, and the rocks on the ground looked like a pile of tiny squares. What I had recorded on paper was a primitive rendition of what I had actually seen with my eyes. What’s important here is that I expressed what I’d seen using the tools that I’d been taught represent our world: the geometry of shapes. Because the geometry that we’ve typically learned in the past is based on forms that we don’t find in nature, the drawings were approximations. I’d expressed what I’d seen as a child through the shapes with the closest resemblance. Now we know that this type of geometry — Euclidean geometry — simply can’t do the job. The reason is that nature isn’t made of circles, triangles, and squares. Clearly, we need a different kind of geometry to describe the world that we experience through our senses.

Now we have one. In my book, Fractal Time, I describe how a new mathematics has burst onto the scene, forever changing the way we think of everything from nature and our bodies to wars and the stock market. It’s called fractal mathematics, or simply, fractals. In the 1970s, a mathematics professor at Yale University, Benoit Mandelbrot, developed a way for us to see the underlying structure that makes the world as it is. That structure is made of patterns — specifically, patterns within patterns within patterns … and so on. He called his new way of seeing things fractal geometry.

His work The Fractal Geometry of Nature is now recognized as one of the most influential books of the 20th century.11. Before Mandelbrot’s discovery, mathematicians employed the Euclidean geometry that I’d used as a child to describe our world.

The belief has been that nature is too complex and too fragmented to have a single mathematical form, or formula, that represents it accurately. It’s for precisely this reason that children’s first drawings of trees usually look like lollipops on sticks. It was from an epiphany that Mandelbrot experienced as an adult studying the world’s architecture and the inadequate tools he had to re-create what he saw, that he began a search for a new way to express his experiences.

With these words, Mandelbrot stated what we all know intuitively. Nature does not use perfect lines and curves to build mountains, clouds, and trees. Rather, it uses irregular fragments that, when taken as a whole, become the mountains, clouds, and trees. The key in a fractal is that each fragment, no matter how small, looks like the larger pattern that it’s a part of. When Mandelbrot programmed his simple formula into a computer, the output was stunning. By depicting everything in the natural world as small fragments that look a lot like other small fragments, and by combining these similar fragments into larger patterns, the images that were produced did more than simply approximate nature. They looked exactly like nature.

In the 1970s, Benoit Mandelbrot programmed a computer to produce the first fractal images, such as the one seen here on the left, called the Mandelbrot set. When we zoom in on each piece of the pattern, we find that no matter what the scale is, the overall pattern repeats itself and looks remarkably self-similar. Scientists have found that self-similar principles describe nature and can mimic even the most complex patterns, such as the fern leaf on the right.

This is precisely what Mandelbrot’s new geometry was showing us about our world. Nature builds itself in fragments, and each one is made of patterns that are similar yet not identical. The term to describe this kind of similarity is self-similarity.

Time Code 11: Nature uses a few simple, self-similar, and repeating patterns—fractals — to build energy and atoms into the familiar forms of everything from roots, rivers, and trees to rocks, mountains, and us.

Seemingly overnight, it became possible to use fractals to replicate everything from the coastline of a continent to an alpine forest—and even the universe itself. The key was to find the right formula—the right program. This is the idea that brings us back to thinking of nature as a program that drives the universe.

Above are examples of fractals in nature. The image on the left is of Romanesco broccoli. From the individual flowers to the entire stalk, the same patterns repeat on varying scales to create the head of broccoli. The image on the top right is of a bolt of electricity discharging as lightning from the atmosphere to the ground. The image below the lightning is of a magnified neuron—a specialized cell of the nervous system that carries electrical information within the body. Both sets of images illustrate how self-similar, repeating patterns can be used to describe the universe from the very small to the very large, while differing only in scale.