Living In A Virtual Simulation

Living In A Virtual Simulation 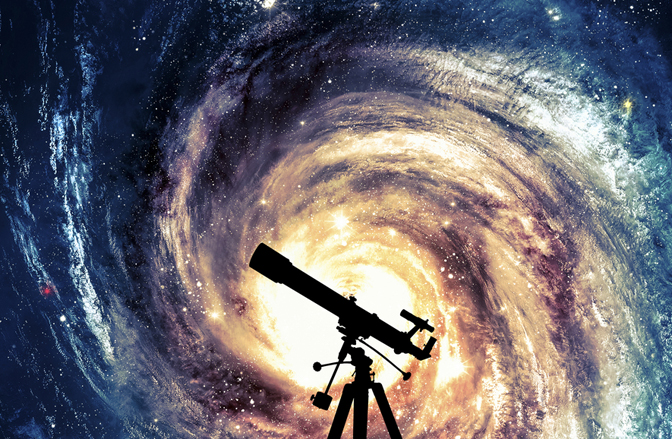 In the 1940s Konrad Zuse (pronounced zoo-s˘uh), the man credited with developing the first computers, had a flash of insight into the way the universe may work. When he did so, he also gave us a new way of thinking about our role in creation. While he was developing the programs to run his early computers, he asked a question that sounds more like something out of the plot of a novel than an idea meant to be taken as a serious scientific possibility.

Zuse’s question was simply this: Is it possible that the entire universe operates as a big computer, with a code that makes whatever is possible, possible? Or, perhaps even more bizarre, he wondered if a form of cosmic computing machinery is continually creating the universe and everything in it. In other words, are we living a virtual reality running on a really big computer made of quantum energy itself? This is clearly a huge question with implications that rattle everything from the ideas of life and evolution to the basis of religion itself. Also, it spawned the hugely popular 1999 film The Matrix.

Zuse was obviously a man ahead of his time. Thirty years later, he elaborated on these ideas in his book Calculating Space and set into motion the events that led to the revolution in our view of reality and everyday life.1 Commenting on how his mind-blowing insights took shape, Zuse described how he made the connection between the machines that he was building and the machinery of the universe. “It happened that in contemplating causality [the relationship between things that happen and what causes those things to happen],” he said, “I suddenly thought to interpret the cosmos as a gigantic calculating machine.”2

The bottom line of this way of seeing the universe is that whether we’re talking about rocks and trees, the ocean, or you and me, everything is information. And just as any information can be the output of processes that put it all together, the universe is really the product of a very big program that began long ago. While the Who? and the Why? of such a program are certainly key, Zuse was looking more at how something like this could be possible. Although he was asking the right questions, the technology to test his theories was simply not available to him as it is to us now.

In recent years, new discoveries have directed scientists right back to Zuse’s original questions. Picking up where he left off, a growing number are now thinking along the same lines and asking the same question: Are we living in a virtual simulation? If so, then the universe and everything in it is what and where it is because something in the cosmic program put it there. And that would mean that we’re living in a digital reality where everything is made of information rather than things.

In 2006 Seth Lloyd, the designer of the first feasible quantum computer, took the idea of a digital universe one step further, elevating it from a question of What if? to the statement of It is. Based on his research in the new field of digital physics, he leaves little doubt as to where he stands in this emerging view of reality. “The history of the universe is, in effect, a huge and ongoing quantum computation,” he asserts.3 Just in case there’s any uncertainty in our minds about precisely what Lloyd is saying here, he clarifies his findings. Rather than suggesting that the universe may be like a quantum computer, he blasts us into the most radical description of reality to emerge in the last 2,000 years, stating: “The universe is a quantum computer [my emphasis].”4 From Lloyd’s perspective, everything that exists is the output of the universe’s computer. “As the computation proceeds, reality unfolds,” he explains.5

Wow! At first blush we find our minds reeling from the magnitude of what such a possibility implies. Then we find ourselves taking a closer look and a deeper breath, sitting back in our chairs, and saying, “Hmm . . . this actually makes sense. It makes a lot of sense. This may just be the way things really work!” The reason is because the comparison between the atoms of the everyday world and the information of a computer’s works so well.

5 Lloyd, Seth. Programming the Universe: A Quantum Computer Scientist Takes on the Cosmos. Excerpt on the Random House website

Excerpted from pages 16 to 18 of Spontaneous Healing of Belief  by Gregg Braden. Copyright © 2008 (Hay House).