Playing God – What Gives Us The Right?

Home » DNA » Playing God – What Gives Us The Right?

Playing God – What Gives Us The Right? 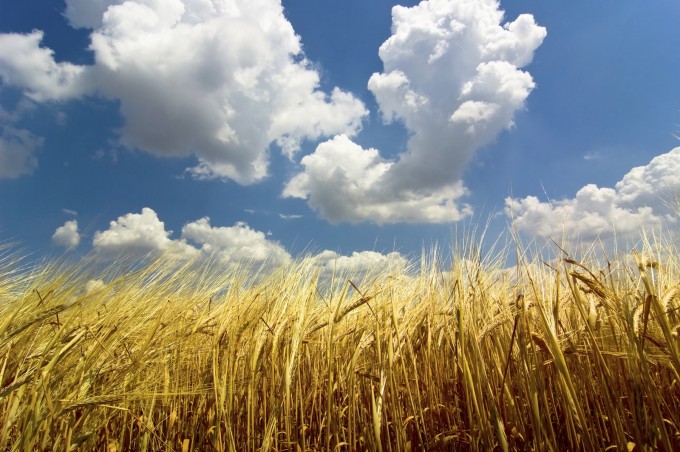 From the mid 1970s until the early 1990s, I was privileged to work among brilliant scientists and engineers developing some of the most advanced technology in recorded history. For corporations and universities alike, this was a time of tremendous momentum, as our nation was redefining its dependence upon foreign oil, as well as struggling to maintain its superiority during the Cold War and in the space program. Not surprisingly, the period of such intense research was accompanied by equally intense introspection.

In a very real sense, scientists were exploring the limits of their newfound capabilities to alter life and our planet at a level historically left to God and nature. It was the responsibility that comes with such awesome power that often sparked heated debates questioning our moral and ethical right to use such technologies—debates that I enthusiastically joined at every opportunity.

Fueling the discussions that erupted in front of vending machines and drinking fountains, and which often continued into restrooms and cafeterias, arguments generally followed one of two schools of thought. One way of thinking held that our ability to “tweak” the forces of nature was, in and of itself, the license to explore those technologies to their fullest. In other words, because we have the capability to modify weather patterns and create new forms of matter and life, we should do so to see where the technology might lead.

This line of reasoning frequently led to yet another level of justification, suggesting that if we were not meant to do such things, we would never have discovered the secrets that made them possible. A second school of thought was more conservative, suggesting that just because we have the ability to engineer life and nature does not necessarily mean that we have the right to exercise our power. To those supporting this path of reasoning, the forces of nature represent sacred “laws” that should not be tampered with. To customize the gene codes of our children before they’re born, and to adjust global weather patterns to suit our needs, is “off limits,” they argued, and it violates an ancient and unspoken trust.

What Have We Learned?

Although it’s not necessarily spelled out word for word, to cross the line from user to creator places us in a role where we are competing with the power of God. The question then becomes one of what gives us the right to do so. This argument was often accompanied by the metaphor of numbers on an automobile’s speedometer. Just because the dial may indicate speeds of up to 160 miles per hour, this does not necessarily imply that we should drive our vehicles that fast! Perhaps it is precisely the metaphor of a speedometer that illustrates yet a third line of reasoning. If a speedometer indicates that a vehicle is capable of traveling at 160 miles per hour, in all likelihood someone will attempt to do so at some point in time.

It appears that it is inherent in human nature to test boundaries and carry capabilities to extremes. The key, however, is that when we do test such limits, we also have the power to determine the time, place, and conditions of the test. We can find a deserted stretch of road with a good surface on a day when the weather is dry and minimize the possibility of injuring ourselves and others—or we can act on an impulse and test the limits of a vehicle on a busy freeway, endangering ourselves and risking the lives of those around us. In either scenario, the boundaries are tested. One is done responsibly, the other carelessly. Perhaps the same principle applies to the way we push the limits to engineer the forces of creation.

During my time in the defense industry, it wasn’t uncommon for after-hours conversations to focus on the development of weapon technologies. At the end of the Cold War, when the nuclear arsenals of the superpowers were being reduced, invariably these discussions would lead to the question of what technologies would replace nuclear arms in the future. Ranging from powerful ground-based lasers that can be bounced from orbiting mirrors in space to targets on Earth, to neutron bombs designed to take “only” life, while leaving buildings, automobiles, and homes intact, only one decade earlier the discussion of such now-serious scenarios would have sounded like science fiction.

In addition to these externally based offensive weapons, the discussions would sometimes include internal, defensive technologies as well. In the event, for example, that a rogue power unleashed a biological agent upon unsuspecting populations, could we genetically engineer a change within ourselves to make us immune to the bacteria or virus? Because the technology already exists for each of these scenarios, and others too numerous to do justice to in this book, the debate didn’t center on whether or not they were possible—rather, on whether or not we should develop them.

If we reengineer our DNA in response to a near-term biological threat, for instance, how would such a choice affect our bodies’ ability to protect us against new threats in the future? What are the long-term consequences of changing the genetic formula for an entire population, one that has taken thousands of years to achieve the successful code that we have today? Is it possible that we could inadvertently threaten the survival of our species through the ignorance of applying what was believed to be a life-saving measure without fully understanding its consequences?

During the days of the Cold War, these are the kind of questions that were asked almost on a daily basis by those whose job it was to bring precisely such possibilities to fruition. More than a decade after the end of the Cold War, they remain among the most urgent questions facing technology-based societies at present, questions that must be answered as we continue our quest into the uncharted territory of engineering nature and life.