A Species Defined By Our Differences

Home » Turning Points » A Species Defined By Our Differences

A Species Defined By Our Differences 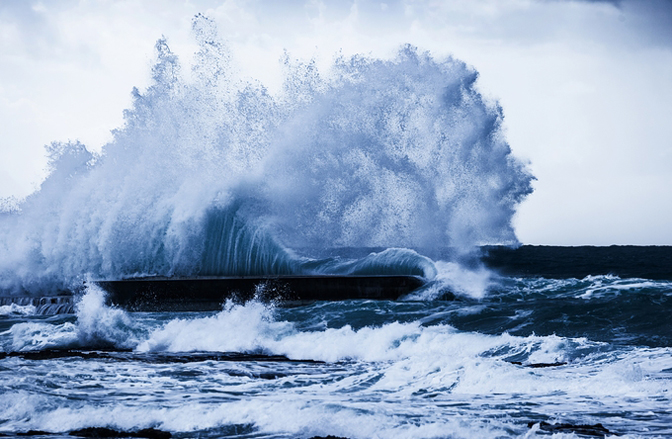 In our world of diversity, it has often been easier to focus on the differences that divide us rather than the principles that unite us. Ours is the story of a species defined by religion, the color of our skin, the wealth of our societies, and the advancement of our technology. Within the 4.5 billion years that scientists estimate our world has been in existence, our nearest human ancestors emerged only about 250,000 years ago. During that relatively brief span of time, we’ve managed to seek out our differences and parlay them into the invisible boundaries of class and society that fuel our sense of separateness. Based upon those boundaries, countless members of our global family have suffered in ways that seem unthinkable, even unimaginable, to the minds of rational and loving people. Together, we share the darkness of a history punctuated by persecutions, inquisitions, enslavement, and attempts to eliminate entire races from the face of the earth.

Today, we’re in awe of the seemingly miraculous technology that allows us to combat disease and extend our lives to advanced ages. At the same time, we find ourselves in a world where the very life that so many people fight to preserve is routinely extinguished through the atrocity and violence of what has been called “man’s inhumanity to man.” While the development of high-tech weapons in the last century made it possible to destroy huge numbers of lives in a single day, history shows that something much deeper is responsible for creating what historian Eric Hobsbawm called “the most murderous century in recorded history.”1 In his assessment of the toll taken by what he calls “politically motivated carnage,” Zbiginew Brzezinski, former national security advisor under the Carter Administration, estimated that, by 1993, the violence stemming from our differences in the 20th century had cost between 167 and 175 million lives—roughly the equivalent of the populations of Great Britain, France, and Italy combined!3 Along with the battles to settle disputes over borders and resources, the last century saw a rise in horrors of a different kind—the seemingly relentless efforts to “cleanse” societies based upon principles beyond those of land and the ownership of natural resources. In 1948, the United Nations General Assembly chose the term genocide to describe this kind of violence, defining it as “a denial of the right of existence of entire human groups.” Article II of the 1948 UN Convention on Genocide further defined and described five categories of genocide with regard to human populations:

Figure 1.1: Estimated death tolls from inquisitions and episodes of genocide. Although the Crusades occurred before the time period discussed in the text, they are included for comparison. Statistics for the Balkans are conservative due to unreported civilian deaths, and may run as high as 4.8 million.2 Estimates are derived from averages of historic record.
The form of genocide based upon differences of race, religion, and heritage that is largely responsible for the magnitude of deaths reported by Brzezinski and others is called ethnic cleansing. Although the history of such persecutions began long before the modern era, it was the 300-year effort to drive the Native North Americans from their land and to eliminate their way of life that began the current trends, and the magnitude, of the genocide that has continued until today (see Figure 1.1). Between the Atlantic slave trade of the Africans and the holocausts of Native Americans in the 17th through 19th centuries, nearly 40 million humans had already perished due to differences of religion, race, and heritage  before the horrors of the last century. With the addition of 20th-century atrocities throughout Europe, including the Jewish holocaust of World War II; the Polish holocaust of Christians and Catholics during World War II; and the ethnic cleansings that have occurred in the Balkan regions, Vietnam, Cambodia, Laos, Africa, and Tibet, that number easily exceeds 53 million.

Figure 1.2: Estimated death tolls from differences of religion and beliefs, AIDS, and natural disasters in the 20th century. Natural disasters exclude events such as droughts and famines.
To put such staggering numbers into perspective, while the last century is noted for its bloody wars, more than five times as many lives—80 million children, women, and men of all ages—were lost to violence based in ethnic, religious, and philosophical conflicts than were lost to all of the major natural disasters and the AIDS epidemic combined during the same period of time (see Figure 1.2). While historians generally agree upon these numbers, the numbers themselves are less significant than the magnitude of the story they tell. Perhaps it is for this reason that the last century is also known as the century that “murdered peace.”3