The Crashing Of Economic Systems

The Crashing Of Economic Systems 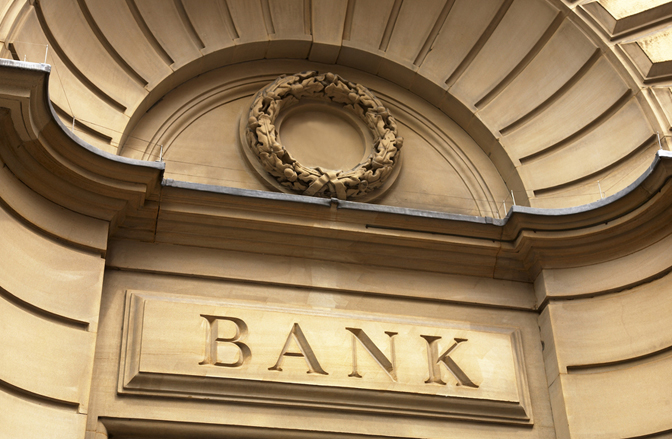 It’s no secret that our world is in trouble. To many people, the problems just seem too big, and the solutions too unlikely, for them to take any kind of action. When we’re feeling overwhelmed, it’s often easier to deal with it all by ignoring the crises.

A perfect example of this, is what was happening to the world’s economic system in 2007. Even with the warning signs of the analysts blazing and the alarms of the experts blaring, no one wanted to believe what was happening to the financial systems of the world, and where the economy was headed. It’s too big to fail, was the thinking. They [the governments] could never let it break. And precisely this kind of thinking was the basis for the way in which loans were handled, and how money was disbursed and spent in the U.S. at the time.

In July 2008, I was speaking with the financial advisor who was responsible for the life savings of a retired family friend. The family had asked if I could help get her assets into a more secure place. On the phone I asked the advisor how we could best safeguard some of the savings out of the stocks and mutual funds in which they were invested. The conversation didn’t go the way I thought it would. At the very mention of financial safety, the voice on the other end of the phone became indignant and even dismissive. “I’m a professional financial advisor,” he said. “I do this for a living.”

That’s when I knew the conversation was in trouble. “What could be safer than these mutual funds and blue-chip stocks?” he asked. “They’ve been around forever. In the long term, they can’t lose.” “I hear what you’re saying,” I answered, “and in the past I would’ve agreed with you. But those stocks are only as safe as the market is. And something’s wrong with the market. The traditional indicators don’t mean what they used to mean—everything’s ‘up.’ Tangible assets like gold, silver, and oil shouldn’t be up if the stocks are up.

There’s no sound reason for the market to be so high, to be up in so many sectors, and to stay so high for so long. Something’s got to give, and when it does, Mary [not her real name] is going to lose everything her husband worked for throughout their marriage before he died.”

I couldn’t believe the words that I heard next. “The market can’t fail,” the advisor told me. “It’s too big and too strong. There’s just too much momentum.” Less than eight weeks later, it did. And when it fell, it crashed.

I watched in awe as the numbers on the TV continued to drop throughout the day. The LED screen showing the Dow Jones Industrial Average became a continuous blur of red morphing, in fractions of a second, into lower and lower numbers, as values plummeted in a free fall.

It was September 29, 2008, and the unthinkable had just occurred. Contrary to what the advisor on the phone had said to me only two months before, big institutions—such as Freddie Mac, Fannie Mae, Lehman Brothers, Goldman Sachs, and Bear Stearns — which have traditionally been thought to be too big to fail, had just done so.
By the end of the day, the stock market had dropped 777.68 points, to set the record for the largest single-day loss in history.

When it did, the $1.2 trillion loss in the stock market translated into huge personal losses for nearly everyone invested in it, and it was the beginning of the shift that has impacted nearly everyone in the world financially since then. I called Mary from the airport the next day, and the news wasn’t good. Sadly, in less than 48 hours, she had lost almost half of the savings she and her husband had built, nurtured, and protected during their 40-plus years of marriage. What was even more disheartening about the situation was that she now could no longer employ the caregivers she needed each day to help with her daily routines.

While I was in awe as I watched massive amounts of wealth drain from the American economy throughout that day, I was not surprised. And neither were the people who follow the economic policies for such things as national interest, national debt, and housing loans. The trends had been in place for years, and the unmistakable signs of the collapse were recognized at least 15 months before it actually happened. On June 14, 2007, Richard C. Cook published a paper with the Centre for Research on Globalization.

The first sentence of the report tells the whole story: “It’s official: the crash of the U.S. economy has begun.”1

Cook’s paper cited the work of two leading economists who looked deeper than the outward signs of a booming stock market. Steven Pearlstein, a Pulitzer Prize–winning columnist for The Washington Post; and Robert Samuelson, a contributing editor for Newsweek and The Washington Post, both saw the same bubble forming in the economy. And they both saw it at the same time. The red flag for them came when they recognized the growing number of companies carrying massive amounts of debt compared to the money they were bringing in.

“Across the board stock prices and company valuations will fall,” Pearlstein said. “Banks will announce painful write-offs, some hedge funds will close their doors. Some companies will be forced into bankruptcy or restructuring.”2

The message of Pearlstein, Samuelson, and others was clear: 2007 was the year that the conditions for a perfect global economic storm converged, and when the storm struck, the U.S. economy was directly in its path. Of course, while they predicted the scenario, even Pearlstein and Samuelson may not have known just how bad things would become, or how long the crisis would last.

The reason I’ve shared this story is to demonstrate how crises tend to be discounted or ignored until they hit close to home and it’s too late to do anything about them. In this case, it was so close to home that it was in everyone’s pocketbooks.

Suddenly people were asking the obvious questions: What happened? Why did it happen? How could it have happened so quickly? And this is the key point to understand in this part of this book.

The global economic collapse didn’t happen “quickly” as an independent event. It cannot be isolated from the larger scenario of multiple tipping points facing our global community.

And just as climate change was largely ignored by policymakers and the public alike until the ice caps of the earth began to melt and islands began to disappear under rising sea levels, the collapse of the economy sent a signal to those who could step back and look at the big picture.

The signal was part of what may be thought of as the “Earth Code,” showing us how systems that are not sustainable can no longer continue. As demonstrated in my book Fractal Time, economic systems follow the same natural rhythms that create patterns in nature and cycles in climate.

Because the patterns can be calculated and their returning conditions can be predicted, it should come as no surprise that the global conditions of economic collapse are converging once again in the same window of time as so many other unsustainable systems, including population growth, resource depletion, and cycles of war.

1 Cook, Richard C. “It’s Official: The Crash of the US Economy Has Begun.” Center for Research on Globalization. 1 June 2007. Web.
2 Ibid