The Discovery Of DNA

Home » DNA » The Discovery Of DNA

The Discovery Of DNA 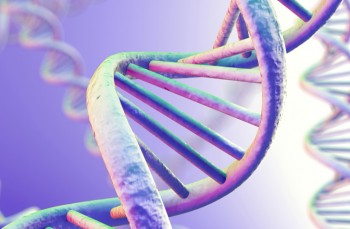 In the overall scheme of the cosmos, we have existed only briefly as a species within our planet’s lifespan. In a college text, I remember seeing the age of the universe and the birth of humankind depicted on the face of a typical clock to illustrate the relative times of their appearance. With each hour of the clock representing vast expanses of Earth’s existence, it was only in the last two to three minutes before 12 o’clock that the first evidence of human life appears. Although the controversy continues regarding precisely what happened before the moment of creation and the beginnings of human life, there appears to be a growing consensus as to when each began. With new evidence supporting the Big Bang theory, the birth of the universe has now been revised to approximately 13 to14 billion years ago. Within this mind-boggling period of time, Earth is believed to have formed approximately

4.5 billion years ago, with the first evidence of our species arriving only about 160,000 years ago. Assuming that the estimates of such staggering periods of time are even close to correct, a full 99 percent of our planet’s life-to-date had already passed before the appearance of our first ancestors! Regardless of the controversy over precisely how we originated or how long we’ve been here, from the moment of our appearance on Earth there has remained a single experience that we have always shared with our earliest ancestors. For approximately a quarter of a million years, the process of conceiving and giving birth to a human life has remained the same—that is until the last generation of the 20th century.

The Discovery of DNA

In 1978, the bond that we have shared with the earliest members of our species changed forever with the birth of Louise Joy Brown. On July 25 of that year, at 11:47 A.M., Louise was born in a hospital in Great Britain—the first human successfully conceived outside of her mother’s womb. Giving rise to the term test-tube baby, which is used to describe such conceptions, on that day the requirement of sexual union to create a new life became an option, rather than a necessity. Since that time, more than 20,000 additional children have been conceived outside of the womb, allowed to develop in an external environment for a period of time, then placed into the womb of a woman prepared to carry and deliver the child full term. In addition to redefining the act of conception and pregnancy, this line of exploration has led to the miraculous abilities that allow us to select the characteristics of children before they are conceived, alter their characteristics after conception, conceive life for the purpose of harvesting specialized cells, and incubate particular cells to create specialized tissue. The advances of such miraculous-sounding technologies all began with the publication of a single report in the mid-20th century. In 1953, the British journal Nature published a report by James Watson and Francis Crick entitled “Molecular Structure of Nucleic Acids: A Structure for Deoxyribose Nucleic Acid.”1

With the publication of their article, the door was opened to alter, manipulate, and engineer the very essence of life: the DNA molecule. While the work of Watson and Crick included the research of two other scientists from King’s College in London, Rosalind Franklin and Maurice Wilkins, it was their own stroke of insight into the double helix structure that solved the mystery of genetic behavior and led to their acceptance of the Nobel Prize in 1962.* As is often the case, it was during the informal moments following an intense period of research that Francis Crick entered the Eagle Pub in Cambridge, England, and boasted the magnitude of their discoveries earlier in the day. As Watson later recalled, Crick declared that through their efforts, they had “found the secret of life”!2 It was that secret that led to the technology making Louise Brown’s unconventional birth possible. The ethical repercussions of Watson and Crick’s discovery continue today, through heated debate of issues such as human cloning, stem-cell research, and our responsibility to the earliest stages of human life.