The Hidden Code Of The Hebrew Language

Home » Ancient Scriptures » The Hidden Code Of The Hebrew Language

The Hidden Code Of The Hebrew Language 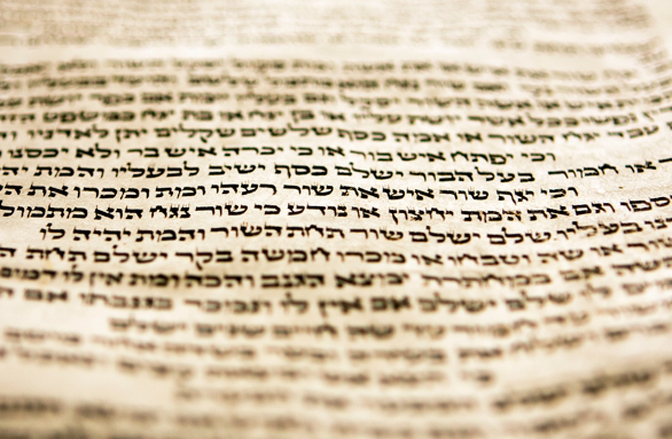 As the taxi rolled to a stop in front of the museum, lines of people were already bulging beyond the entrance, spilling down tiers of concrete steps into the drizzle of a spring storm. Earlier in the afternoon, I had completed an interview with a writer from one of the national news services that included a lengthy discussion of the Dead Sea Scrolls.

“The Scrolls are here in town!” she had exclaimed following the interview. “At the Chicago Field Museum.”

“Really?!” I replied. “How far is the museum from where we are right now?”

“With traffic, maybe 15 minutes by taxi,” she answered.

“Although I have seen the Coptic manuscripts in Egypt and studied the words of the scrolls extensively, I have never seen the actual Dead Sea Scrolls! I would love to see them,” I said. “Maybe we should have a field trip.”

That was all it took. In a matter of minutes, we were in a cab and off to the museum. As we stepped from the taxi into the icy wind, I pointed to the lines of people. “Are they all here to see the scrolls?” I asked. “Some are,” she replied, “but many are probably here to see Sue.” It just happened that the time we chose for our visit to the scrolls was also the opening of the exhibit for the most complete remains of a Tyrannosaurus rex discovered to date, nicknamed “Sue.” Both were in the same museum, only a few hundred feet apart.

To the side of the main hall, smaller groups were forming that would be allowed access to the scrolls in timed intervals for crowd control. We were there just in time for the last group of the day! Weaving our way through the specially designed exhibit, I could feel my anticipation building, as well as the excitement of those around me. As we entered the room, I heard gasps of awe from my fellow museum patrons. To minimize the harmful effects of the heat from the lights, the bulbs illuminating each scroll fragment were on timers that brightened and dimmed every few moments.

Each case housing one of the delicate fragments was set on a different timer, creating an eerie effect, as portions of the room alternated from light to dark. Immediately, I was drawn to a small grayish parchment in a freestanding case near the center of the room. As I stood in front of the fragment—part of the ancient Book of Enoch—I noticed a wave of warmth that flooded my body as I realized the full magnitude of what I was seeing. There, on a tattered patch of animal hide, were the letters of a message created by the hand of another human more than two millennia ago! Nearly 200 years before Jesus walked the earth, an unknown scribe had taken the time to record words of wisdom that were already ancient when they were written. The flecks of black ink forming each of the perfectly proportioned letters still clung to the parchment’s surface, precisely the way that hand had applied them so long ago.

For a split second, the centuries separating us dissolved. Through the mystery of the letters, now only inches from my face, the forgotten scribe had defied the limits of time. In that brief moment, I understood language in a way that I had not before, and have not since. Beyond a logical knowing, I could actually feel the symbols bridging the past and the present, through the power of the Hebrew letters. For over three millennia, the letters of the Hebrew alphabet have held a unique place in the study of sacred languages. While other ancient forms of writing such as Egyptian hieroglyphics and Sumerian cuneiform are thousands of years older, they are no longer used today.it has been used continuously for 3,000 years, and perhaps longer. While changes in the meaning and use of some letters have occurred during that time, we know with certainty that the alphabet has remained the same for at least the last 1,000 years. One letter for letter! Due to the length of time that the language has been in use and the stability of its alphabet, when we translate the words of an ancient Hebrew document, we may feel confident that we know precisely what the author intended to convey when the words were recorded thousands of years ago.

Even those who do not read Hebrew say that they feel a sense of holiness, awe, and mystery in the presence of its letters. Although many languages have hidden number values associated with each letter of their alphabet, perhaps none of these number systems has been documented as extensively and applied as frequently as ancient Hebrew. Attributing tremendous power to the forces of the Hebrew alphabet, the Sepher Yetzirah states that it is from the letters themselves that God “depicted all that was formed and all that would be formed.”1 Historically, scholars have viewed this statement as a metaphor symbolizing the power of God as the source of creation. As we explored in the previous chapter, the correlations between the chemical elements and the most ancient, continuously used language known in existence offer a powerful new perspective on this statement, and perhaps on the origins of life itself. In its completeness, the encoded text describes precisely how and by whom (what force) our species came into existence.