The Key To Transforming Our Lives

Home » Turning Points » The Key To Transforming Our Lives

The Key To Transforming Our Lives 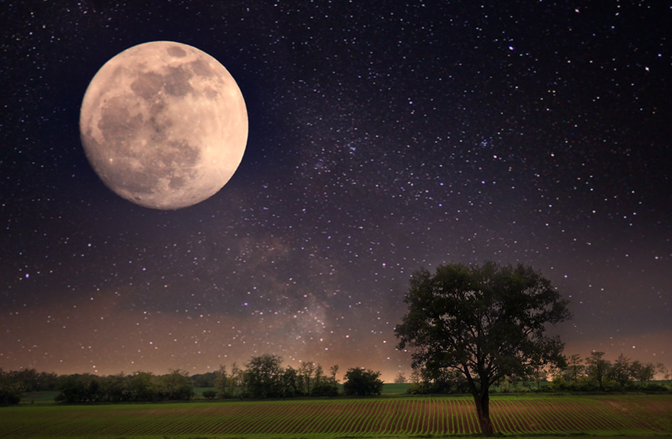 We’ve all experienced turning points in our lives, although some are more memorable than others. In the summer of 1969, I experienced two turning points that changed my life, and they both happened within less than a month of each other! I was on break from school that summer and working on a ranch in southern Missouri. The near-100°F temperature, combined with the near–100 percent humidity that’s typical at that time of year in this region, pretty much assured that every outdoor activity would be a miserable experience. This was especially true for my main job of “bucking” wire-bound bales of hay onto the back of a slow-moving truck.

Walking alongside the vehicle, I was tasked with lifting each 60-pound bale from the ground and catapulting it into the truck to be stacked just as the truck arrived at the next bale, where my co-workers and I would repeat the sequence. This went on for hours at a time. I looked forward to dinner each evening not only to find relief from the dust, insects, humidity, and heat, but also because it was the only opportunity to watch the evening news and connect with the rest of the world.

Turning Point 1: To the Moon

There was a tiny black-and-white television in the dining room where everyone at the ranch would gather for meals. The TV was in one corner of the room, and the volume was usually turned so low that we could only guess what the people in the grainy images were saying. One night, however, that changed. As the drone of voices at the table fell silent for the dinner prayer, the words that were coming from the TV were unmistakable. “That’s one small step for man, one giant leap for mankind,” the voice said.1

I felt the wave of two very different realities pulse through my body as I listened—one from the world that separated us from one another before the announcement, and one from the world where that separation disappeared, if only briefly, afterward. The words were from Neil Armstrong, and his voice was traveling from the ladder of a fragile spacecraft on the surface of another world, across space, to the television networks around the earth, and to the little TV in front of me.

On that day, we were a global family beyond North and South Americans, Europeans, Asians, Australians, and Africans. In that moment, we were human beings, and we’d just accomplished something that until that day had been only the stuff of dreams. Suddenly it all became real. We were on the moon, and I felt it in my body. That moment was a turning point for me, and I remember it vividly to this day.

Just when I thought that I couldn’t possibly regain the awe that I’d just experienced, the unthinkable happened. The TV stations that had been showing the images of Neil Armstrong on the moon just a few weeks before were now carrying another story that the whole world was watching as well.

As I stepped over and turned up the volume on the TV set, it was clear that the story had the attention of the tired workers with me at the dinner table.

In a twist of fate that couldn’t have been choreographed any better in a utopian novel, the television was showing some 500,000 young people living together peacefully at the Woodstock Music Festival in New York. And it was happening during the same summer as the moon landing! What are the chances? I thought, reflecting on the irony.

The power and synchronicity of what I was seeing on the television was both surreal and deeply moving. The news reports were describing how the 50,000 or so people originally anticipated by the festival organizers had unexpectedly turned into a half million!

The bottom line was that the facilities could no longer handle the sheer number of people safely. The organizers did the only thing they could do: they declared the festival a free event, and then did their very best to provide food, water, and medical and sanitation services to the rain-soaked audience that had turned the New York State Thruway into a virtual parking lot on their way to get there!

While it had long been known that both the landing on the moon and a gathering of so many people were possible, the unknown factor was how such events would turn out. The fact that Woodstock ended up being the largest and most peaceful gathering of its kind in modern history was a paradigm-altering moment in the minds of people throughout the world.

With so many young people gathered in such a small area with so little supervision against the backdrop of heated emotions regarding the Vietnam War, the widespread belief had been that chaos would turn the event into a dangerous disaster. But what transpired that weekend showed mainstream Americans that their fears were unfounded.

Turning Points Happen Before Our Eyes

Throughout the three days (which turned into four days) of music, nudity, sex, drugs, rain, and mud, the reality of the festival became the theme for a generation: peace and love.

The fact that humans went to the moon, walked on the surface, and returned safely altered the paradigm that had held the vision of people bound to this world only. That this event happened during the same summer as Woodstock is a striking fact that future generations will study and marvel at.

In the span of just a few weeks, we showed ourselves that we have the technology to visit other worlds and the wisdom to live peacefully on this one without the need for law enforcement or a higher authority forcing us to do so.

As different as the events were from one another, both Woodstock and the moon landing proved to be powerful turning points in my life, as well as in the lives of countless other people. And while we know that millions watched both events unfold on TV, I can only describe the reason why they were so life-changing for me. Both scenarios challenged the world’s thinking, ideas, and beliefs that had been in place before they occurred. And both scenarios showed me what was possible.

What Do Turning Points Mean for Our Future?

Whether a turning point is spontaneous or intentional, the key to taking advantage of it is to understand that once one occurs, it opens the door to entirely new possibilities and outcomes. In light of the kind and number of crises that we face in our lives today, it may be that our ability to recognize critical turning points, or to create them when needed, will become the key to transforming our lives.