A Time Of Climate Extremes

A Time Of Climate Extremes 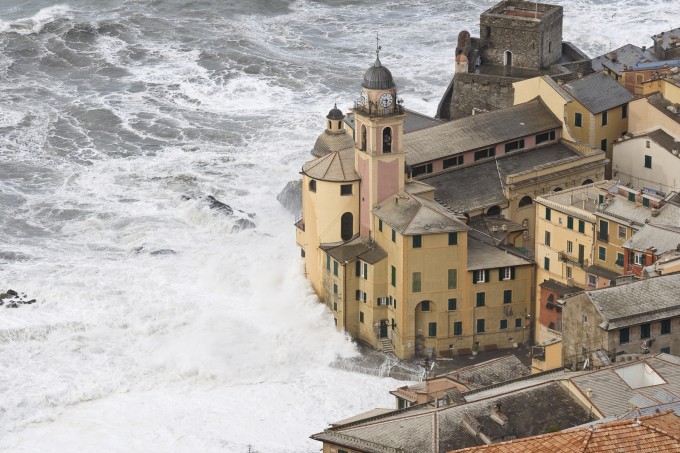 It’s not just the emphatic warnings of overzealous environmentalists that tell us we’re in a time of climate extremes. It’s not just the elders of the world’s indigenous communities sharing the wisdom and warnings of their ancestors regarding our era. It’s the data itself that tells the story. And the data tells us that we’re living in a rare era of cyclic change that few humans in the past have ever experienced. Since the mid-1990s,our global family has met with the crises, and risen to face the aftermath, of a growing number of weather-related extremes—from record-setting floods, hurricanes, tornadoes, and temperatures, to killer superstorms — that have had consequences unparalleled in recorded history.

We’ve crossed vital ecological thresholds that are necessary for Earth’s survival (such as too-high levels of CO2 and species extinction).1

There has been a two-and-a-half-fold increase in the number of devastating floods worldwide that occurred between February and May 2010 as compared to the number of floods during the same season of the year in each of the years between 2002 and 2006.

There has been an increase in the number of North Atlantic tropical storms that the National Weather Service documented between 1998 and 2007, a trend that continues to the present day.

There has been a dramatic surge in the number of wildfires (associated with drought) since 1998 in North America and throughout much of Australia and Europe.

While it’s certainly not unusual for weather-related disasters to occur, it is unusual for there to be so many of them occurring in so many places in the world at the same time. “Each year we have extreme weather,” Omar Baddour, the chief of the data management applications division at the World Meteorological Organization in Geneva, Switzerland, has explained, “but it’s unusual to have so many extreme events around the world at once.”2 Even while Baddour was alerting us that global weather events for winter 2012 would go beyond business as usual, a bizarre series of storms were wreaking havoc across the globe. These included massive floods in the United Kingdom, extensive fires in Australia, and an epic storm of both rain and snow that threatened the lives of 160,000 Syrian refugees living in temporary camps set up in makeshift shelters in Lebanon. Before the winter months arrived, it was already clear that 2012 would be a year for the record books. By year’s end, the extremes had left a legacy that included:

A study published in the journal Climatic Change tells us without reservation that extremes such as these are more than just local anomalies. They’re happening on a worldwide basis, and the world simply isn’t prepared for how quickly the climate is changing. “The last decade brought unprecedented heat waves,” says the lead author for the report, Dim Coumou. “For instance in the U.S. in 2012, in Russia in 2010, in Australia in 2009, and in Europe in 2003.”3 Coumou summarizes the impact of such extremes in one sentence, stating, “Heat extremes are causing many deaths, major forest fires, and harvest losses—societies and ecosystems are not adapted to ever new record-breaking temperatures.”4

While the decades-old controversy regarding the existence and causes of climate extremes appears to be far from resolved, the data of the earth itself reveals the facts. It’s a fact that the history of the planet is one of dynamic change in climate and weather patterns.

It’s also a fact that patterns of the past suggest we should be experiencing a time of warming at present. The question is, How much should we expect? The bottom graph in Figure 1.1 gives us a clearer picture of what our warming has looked like for a smaller period of time. Here, the revised indicators for the last 2,000 years show that temperatures during the medieval warming period (MWP), between 820 c.e. and 1040 c.e., were nearly four times greater than what we’re experiencing today.

Another warming episode in the late 1200s involved temperatures twice as high as today.5 While the variations are in fractions of a degree Celsius, I’m sharing them here to offer a rounded perspective on climate change and what it’s meant in the past. It’s interesting to note that these temperature changes occurred without the factors that are commonly believed to be the cause of such extremes, such as industrial sources of CO2. The question is, Why? If the CO2 was not the trigger at that time, what was? And what does it mean for us today? These are questions we must honestly answer if we are to address the issues of climate change that we will face in the coming centuries.