Waiting For The Old World To Return

Home » Globalization » Waiting For The Old World To Return

Waiting For The Old World To Return 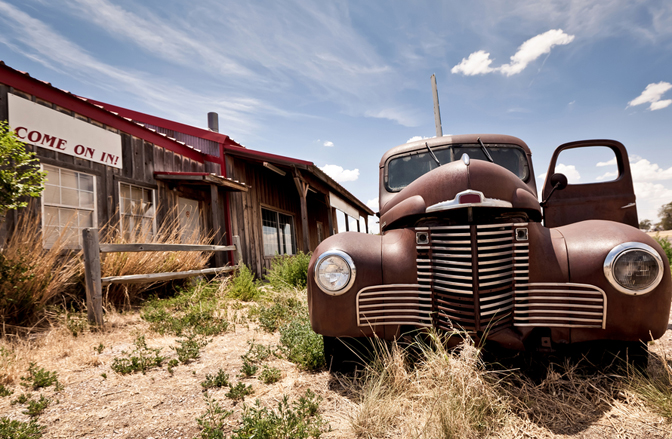 I remember a conversation I had a few years ago that beautifully illustrates what I mean by waiting for life to “get back to normal.” I was talking to a gas-station attendant in a small mountain town about the weak economy and how people in the area were coping.

“How are things in this part of the world?” I asked. “Has business been good here?” With a shrug, the woman behind the counter stopped counting the change in the cash register and looked at me. “Do you really want to know?” she asked.

“Absolutely,” I said with a smile as I handed her my credit card. “I wouldn’t ask if I didn’t.”

“Nothing’s been the same here since the mine closed,” she began. “People were making good money. They had good jobs, good benefits, and job security. At least, they thought they had job security. Then everything changed. Everything just went to hell. It’s always been a mixed bag around here with the mine. When it’s open, things are great. When it closes, it’s pure hell and people go through hell. A few years ago the price of the ore dropped so low that the mine had to close, and just like that there were hundreds of people with no jobs.”

“That’s got to be tough,” I replied. “How much of the town works in the mine?”

“When it’s open, it’s the biggest employer in the county,” she explained. “In the good times, they ran 24/7, using around 600 people to cover three shifts up there.”

“Wow, that’s quite an operation! How many people live in the town itself?” I asked. “Our population is about 1,850 people,” she replied. “About a third of the town has worked in that mine. When it’s good, it’s really good. And when it’s bad, well . . .”

“How do you know the mine will reopen?” I asked. “How long’s it been since it closed down?” “It closed five years and two months ago,” she said. “There’s a skeleton crew working there now to keep things moving. We keep hearing rumors that it’s starting up again, but nobody knows for sure. All we can do is hope.”

“I’ll hope with you, and keep you in my prayers,” I told her as I signed my receipt. Another customer was coming in as I turned and walked back outside to the beauty of the mountains that towered over the town. I was amazed by what I had heard. Driving back to the main road, I couldn’t help thinking of the parallels between what the woman behind the counter had just shared about her small community and what’s happening on a bigger scale in the world at large. Perhaps more important, I’d experienced firsthand the way in which people often deal with the kind of change that tears at the fabric of their security and their lives.

In the case of the mine, it was closed because the world changed. The ore that the livelihoods of those townspeople once depended upon is now being mined in China for a cheaper price. That change is one facet of an even larger shift in the balance of global resources. For the mining community, it’s a shift in favor of another economy located in another country.The point here is that people who are reluctant to release the security of doing what’s familiar to them are missing the opportunity to create even greater security in the new world that’s emerging.

We sometimes justify our reluctance to let go of the past through a belief that the changes we see are temporary. In the same way that music-industry executives believed the revolution of rock ’n’ roll was a temporary craze when it first appeared in the 1950s, or the way some technology “experts” believed computers would be a passing fad when they burst onto the scene in the 1960s, when we see so much change on such a large scale happening so quickly, it’s a sure sign that we’ve outgrown the world of the past.

And that’s why it’s impossible to return. Our reluctance to accept that the changes exist may even compromise our ability to adapt—we can only cope with changes that we acknowledge.

How can we thrive in the new world if we’re focused on waiting for the old world to return?

There are layers of change in the emerging world that surrounds us. We no longer live in the isolated countries that formed the foundation of our policies and thinking during the 20th century. We no longer live in nations with isolated economies, isolated technologies, isolated energy grids, and isolated defense and communications systems. These facts have led to the certainty of where we find ourselves right now, in this very moment: we’re living with a new set of rules for our lives, our careers, and the big picture of the world.

How can we thrive in the new world if we’re focused on waiting for the old world to return?

The way we think about money and financial security now isn’t the same way our parents or their parents thought about money and financial security. The way we thought of careers in the past, in terms of company loyalty and local jobs, is giving way to a less loyal and more global view. The role that religion and spirituality has played in our lives is taking on new meaning as we try to apply 2,500-year-old ideas to 21st-century crises. Our ideas of medicine, disease, and healing are converging into a new, holistic model of wellness for us and our families. The very principles that have helped us feel secure in our communities and homes are changing.

Facts like these lead us to one of the most crucial, yet least understood realizations of our era: we’re living a time of many extremes, and they’re all happening at once!